Professor Tania Samantha Douglas launched, and was the founding Editor-in Chief, of the Global Health Innovation Journal. Tania died on the 20th March 2021, after an extensive battle with cancer.

Tania was an internationally recognised academic scholar, who for her 21 years at the University of Cape Town, held numerous leadership positions within the Department of Human Biology, the Division of Biomedical Engineering and Faculty of Health Sciences. She led the MRC/UCT Medical Imaging Research Unit for the past ten years and served as Deputy Dean of Research in the Faculty of Health Sciences. Tania was awarded the South African Research Chair (SARChi) in Biomedical Engineering and Innovation in 2016 as well as 2020 and was the Founding Director of the Biomedical Engineering Research Centre at UCT in 2018. Her scholarly contributions were recognised through numerous awards, and in 2019, was recognised at the South African Women in Science Awards as Distinguished Woman Researcher in Research and Innovation, and in 2018 as a Quartz Africa Innovator. In the past decade, she was elected a Fellow by the South African Academy of Engineering, the International Academy of Medical and Biological Engineering, and the University of Cape Town, and as a member of the Academy of Science of South Africa.

We are indebted to Tania for her vision in creating platforms, such as the Global Health Innovation Journal, to build and share contextually relevant knowledge, as we strive to develop appropriate health technologies for developing countries. The Global Health Innovation Journal partners (Northwestern University, University of Ibadan, University of Lagos and the University of Cape Town) unanimously supported the appointment of Professor Sudesh Sivarasu as the new Editor-in-Chief. Sudesh developed the concept of Frugal Biodesign, which is “a unique approach to medical device design and is suited specifically to developing countries.” Sudesh is in the Division of Biomedical Engineering and the new Director of the Biomedical Engineering Research Centre at the University of Cape Town, where he runs the Medical Devices Laboratory and Orthopaedic Biomechanics Laboratory. We look forward to a wonderful collaboration with Sudesh Sivarasu as he steers this much needed journal to new heights. 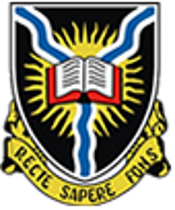