Background – Researchers have observed that valuation accuracy and valuation variation are caused by human adaptive approaches called cognitive shortcuts. Of particular interest for valuation tasks is the susceptibility of decision-makers to the anchoring and adjustment heuristic, a mental shortcut which involves deliberate and conscious adjustment of values. Various studies have shown that valuers are prone to anchoring to asking price, previous estimates, and other reference points.

Aim – The research aim is to determine the efficacy of a decision-support tool in reducing property appraisal bias.

Setting and Methods – A controlled experimental study design was used. The design in which test persons had to appraise a fictitious property is based on a German study that uses a self-written valuation software, adapted to South African conditions. The software comprises two versions, a standard software and a decision-support software. Descriptive statistics and non-parametric testing were used to interpret the results.

Findings – Despite the results not being as robust as expected, the study revealed that test subjects were susceptible to the anchoring bias and that using a decision-support tool can help reduce this and so decrease the valuation variations.

Practical implications – This study heightened the need to counter the effect of bias in valuation. Few studies have delved into debiasing methods and even fewer have used technical tools for this task. Other forms of cognitive shortcuts used by valuers should be incorporated into the decision-support tool, and a similar test run for different valuation settings. 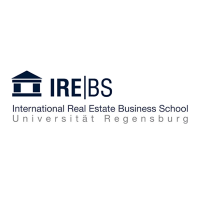